Why are Ants Attracted to Electronics

One. According to ClickEnergy, the reason why ants are so attracted to electricity hasn’t exactly been identified yet, but there is a big possibility that the ants attraction is due to the warmth the electronics give off or the magnetic field that conducts electric current.

Two. This one isn’t so far off from the first theory albeit having their similarities, it’s obvious that there is a difference. Based on LiveScience, when ants get electrocuted they send of alarm pheromones by giving off a scent, this scent somewhat translates to the ants being under attack and therefore their co-ants would come rushing in to help. With this, the amount of ants in the electronic would multiply.

Those are some of the famous theories, but whatever may be the cause of their attraction, there is one thing for sure, they can damage electronics.

MOST COMMON TYPE OF ANTS FOUND IN ELECTRONICS

Each type of problem with an ant has its own specific damage, like how carpenter ants are usually associated with wood while pavement ants dig into concrete. Ants in electronics for each home aren’t all that different, most of the time, it’s the same species of ants and there are three common types that usually fall on this category albeit there might be more.

The tiny black ants and crazy ants. Believe it or not, tiny black ants can be just about anywhere and sometimes they might make their way through your electronics unknowingly, especially in cases there’s some food particles left in your keyboard, your outlets, and the like.

Tiny Black Ants, wonder what they look like? I wouldn’t either. Their appearance is exactly what their name says. They size is as little they could get from around 1.5 mm, maybe more or maybe less. While their queen, is rather smaller than the other ants that are known, this queen measures up to 4mm. Although their color is usually black, it’s also possible to see dark brown colored ants. One of their distinguishable features if looked on closely in that they have no spine and their thorax is unevenly round, at the same time their waist has two segments.

These tiny black ants usually live in places which are dark and protected, they can even be found in items made of wood as well as under the carpet and in between walls. Although small, these tiny black ants can sting you but not as harsh as other ants. They are also able to move from outside to the inside of your home when they are in need of heat or moisture.

Although small, these ants can still create an infestation in your home, they can crawl from around your walls, tables, or just about anywhere inside your house and they can even go inside your electrical outlets if they wish too, with their size, they can fit just about anywhere. As for any ant, it’s possible to get rid of these tiny black ants using baits, sprays, treatments or even pest control if needed.

There isn’t just one species of ants, in fact according to the Pest World for Kids, the amount of ant species are not less than 12,000. One of the ants species is called the Crazy Ants and believe it or not, under these crazy ants are three different types. In spite of the fact that these ants have different types, we can’t deny that they all have something common in their characteristic which is being “crazy”. This means that the movement of the ants are usually erratic and somewhat unpredictable. The Crazy Ants seem to just run about anywhere they want, not following the other ants steps of having a straight trail.

As mentioned, there are three different types of the Crazy Ants. The Rasberry or Tawny Crazy Ant, Black Crazy Ant or Longhorn Crazy Ant, and Caribbean Crazy Ant. The three ants have similar sizes, usually ranging to a ⅛ inch length. Places where these ants could be found may also vary. As for the colors of these ants, the Rasberry usually has a reddish brown color which is not far from the Caribbean Crazy Ant which color ranges from golden brown to reddish brown. The Black Crazy Ant is obviously far in color between the three of them as it’s color, same with its name is usually in the color black, but it isn’t impossible to see one in brown.

If you have your doubts regarding the ant you see being a Crazy Ant, they have some features that you could use to distinguish them from other ants. Other ant types have shorter proportion of legs and antennae than their body, the crazy ants are the opposite, they have longer ones. Like all ants, there is usually something that they do which could either cause damage to our homes, may it be inside of it or outside in our gardens.

These crazy ants are definitely identifiable now that their features and characteristic is known, it’s a must to learn as to what these crazy ants can do incase you see these ants near you. First off, they can do damage to the electronics inside your home, may it be electrical sockets or your favorite gadgets. This means that they could permanently damage your gadgets and if it comes to worse, a fire starting in your house. It actually seems far fetched but it’s not impossible, these ants are able to chew through the wirings. It’s also not very easy to get rid of these crazy ants, why? It’s because they have the tendency to ignore baits and some treatment that works for getting rid of other ants may not work for them but don’t worry, you can still get rid of those ants.

HOW TO GET RID OF ANTS IN ELECTRICAL OUTLET

You may wonder if it’s possible to get rid of ants in an electrical outlet, it definitely is. It’s not impossible to remove them as there are definitely pest control that can deal with that problem but if you’re looking for a way to get rid of them by yourself, it’s possible! Albeit a little bit tricky. Crazy Ants are resistant to some of the baits, chemicals or treatments that are used to typically remove ants but  they aren’t immune to each and every kind.

In getting rid of the ants on an electrical outlet, it is a reminder that you should not use anything that could be liquid as if sprayed on the electrical outlet itself could cause short circuits and the like. It’s better to use removers such as dust, baits, and tapes.

If you’ve chosen a bait, use a gel ant bait which has Fipronil or Imidacloprid and wipe it on the electrical outlet, make sure that the electrical outlet is off and that you’re wiping it on a place where it won’t cause any short circuits or damage the outlet itself, meaning wipe it around and not in the inside of the outlet. The crazy ants will take this bait as it’s basically transparent and has no taste, even if ants are attracted to sweet substances, they can take in those of which that does not have any taste.

Another way you could go by is by using dust, before you could use the dust, you must first take off the switch plate or the cover of the outlet, in case you aren’t well versed about how to remove it, ask someone else whose knowledgeable in doing so or get an electrician to remove it. Once a dust insecticide has been bought, scatter the dust around it or put the dust insecticide on top of the normal dust.

In case you aren’t interested in using eatable baits for ants or dust because you have your own doubts if this could affect the outlet then you can use a tape. Not just any tape, it should be an insulating tape, for similar results you could also use rubber or even teflon but you might need an electrician for this one just to make sure you don’t damage any outlets or appliances, not only will this help with catching the ants but it can also prevent the ants from coming inside your outlets.

HOW TO KEEP ANTS AWAY FROM ELECTRONICS NATURALLY

Afraid that ants might get inside of your electronics? That’s a good thing. It’s always better to have precaution rather than leaving things alone until they come to the worst. To keep ants away from electronics naturally, all you have to do is use the common things that ants dislike.

One of the most natural way to keep ants away from electronics is by not giving the reason to get into your home. In which, for you to do this, you should seal all the possible cracks and holes they could slip through, make sure to clean your surroundings and don’t leave any specks of food anywhere, and it’s also best to use storage that will make sure your food is secured. But don’t forget about your trash cans, garbage can cause ants to come by if you don’t dispose of it regularly, it could be home not only for ants but also other pests.

Ants also dislike strong smells such as citrus peels and the like, by placing these peels near your electronics but not directly on it, you can prevent the ants for making a move forward to the electronic. You can also use essential oils and put them on cotton balls, like the peels, just place them near places where ants make entry points so as to prevent them not only from getting in your electronics but also getting in your home.

HOW TO KEEP ANTS AWAY FROM ELECTRONICS WITH CHEMICALS

In keeping ants away, you can also use detergent and soap, it’s actually a great repellent for ants, only if you use it regularly though, like washing plates. In using these items, you can either mix it with water and spray it to the possible ways the ants could access your electronics or simply put the liquid detergent or soap in a cloth and wipe it around the possible ant entrances, although this is a temporary fix, if always done it could be pretty effective.

Using insecticide or pesticides spray or bait, some sprays or bait is easily ignored by crazy ants but you can skill make do with them as long as you choose the right ones. You can go to the nest directly if you know where it is just to make sure they won’t even have the chance to step in your house and get to your electronics, by spraying the ants in their nest and ensuring that you didn’t let even one let slip through, you can be ant free.

Never forget that some chemicals may be harmful to you or your pets, but there are also chemicals which are safe enough to use around. Always take precautionary measures when using chemical based products when keeping ants away from electronics. 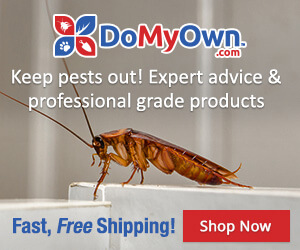